Olympic campaign with innovative tactics. A successful Olympic campaign, partnered with Flow Marketing, consisting of advertising, online marketing, guerrilla tactics, PR events with an Olympic spokesperson and an Olympic village bus take-over. Consumption of the product went up +18% in the weeks following the campaign and helped make a brand that was intimidating to some more approachable, opening the door to broader mass appeal.

Generated over $1 Million USD. A $10 Christmas gift card for Westfield, one of the world’s largest shopping malls. On another project, this same client commented “Your direct mail piece has generated over a million dollars (U.S.), far exceeding our expectations. You’ve also made me look like a million dollars, and our Executive VP has said it’s the best piece we’ve ever developed.”—Enna Allen, Marketing Director, Westfield

Canadian launch of this #1 drug. So successful, this ad ran for over 5 years!
We helped launch Lipitor, which is now the #1 prescribed cholesterol-lowering drug in Canada. This ad was so successful it ran in major publications such as Time Magazine and The Globe and Mail for more than 5 years. Consumer advertising was supported by innovative medical marketing directed to physicians that included action card holograms, 3D cubes, and brochures with sound chips. 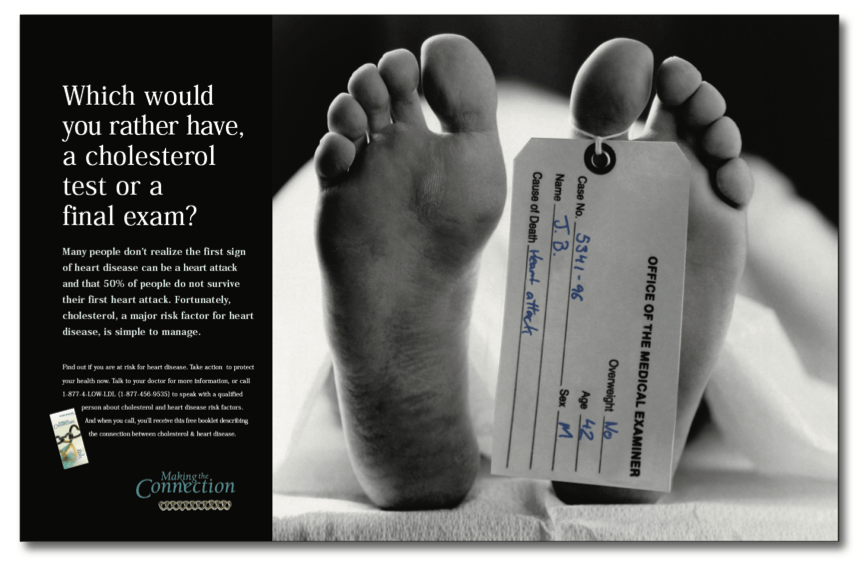 Canadian launch of the world’s most successful golf management company. We helped launch ClubLink with a range of marketing communications. This billboard’s clever headline spoke to viewers driving by on a major Toronto freeway.

10 years of campaigns across North America. As a leader in business communications, Pitney Bowes built their reputation on demonstrating excellence in digital and marketing communications, and they used our marketing services to tell their story. For over a decade we created a full spectrum of marketing materials, for both their U.S. and Canadian operations

A University case study in altering perceptions. Our ad for Ontario Pork appears in the University textbook “Canadian Advertising in Action” and is studied as an example of how to successfully alter a perception. Spanning a decade, we created everything from websites to television campaigns for consumers, retail, and food service, resulting in the best advertising and tracking results the brand had ever received. Also shown: Legacy, Canada Pork and Canada’s Food Guide.